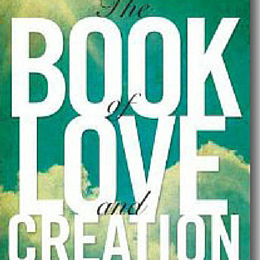 “This is… an opportunity… to transform.  If you take it.  Choose choose choose. You have the right to. If you don’t want, you don’t have to.  And then you reap your results.  What you choose is what you want and what you know.  What you claim is your own, is yours.  What do you want to claim for 2012?  That is the choice here.”

Most of us are waiting for something, anything, outside ourselves to define us.  Our possessions.  Our status.  Our beliefs.  Our religion.  Which superhero, deity or demon will we create to swoop down and either save or sink us?

What if it was okay to believe in magic and wonder again?

What if the only one coming to save the day, was you?  What if You. Are. God?

What if you could stand on the street corner, look into the eyes of any and everyone that passes by and see your own divinity reflected back at you and all it took was to be brave enough to look into the eyes of  the sprawled out homeless man with no shoes the same as the the Armani clad executive darting aside on his smartphone or the screaming housewife angry at the world?

What if there were no more “what ifs” and you could simply say, “I Am The Word” and know that you really were what that means, which is divinity in motion, the aspect of the creator that can be manifested in form and that is instilled in everybody and everything and subject only to it’s own power to imagine it’s own transcendence.

Imagine a world where we took divinity off the pedestal that allows us to hate, disregard and fear and wrapped it like a warm winter blanket around the good, bad and ugly of our daily lives, becoming a more perfect union of human nature and angelic flight in the process.

Imagine a world where terms like enlightenment, ascension and Christ were never about escape or suffering but rather about carrying the best of our angels down in the straps of our boots, with all the mud, callouses and flat feet still proudly intact and with a new Spring in our step.

That’s the frequency Paul Selig wants to tune you into.  He’s not just channeling energy, he’s channeling the solution to how we can choose to survive as a collective.  He wants you to stop waiting, to stop blaming, to stop looking at your watch, to stop thinking the 2nd coming of Superman, Christ or Godzilla is anything other than You.  Paul and his guides want you to ground what he calls “Christ Conciousness” into your every daily experience.

I wrote the below in January 2012, a few days after finishing Paul’s first book, one of the only book reviews I’ve ever been inspired to write online:

The day the iconic Bodhi Tree bookstore closed, New Years Eve I think, all the books were 90 percent off and I arrived late to find slim pickings.  All alone on a barren, dusty shelf otherwise ransacked by overzealous Angelenos, the title “I Am The Word” caught my eye as I was already standing in line to check out.

There was something about the title.  I grabbed it, not knowing anything about it but figuring for 90 percent off I might as well.  Out of the fifteen or so books I bought something told me to start reading that one first.  I was amazed by the truth and emotional connection I found in the work. I found myself saying, “yes, exactly, that’s exactly it”, on several occasions.

For me, “I Am The Word” was the culmination of a journey that I began when I was only three years old and dreamt vividly of an expansive forrest where people were coming together to embrace and act out  a very special plan through the pure love and intent they carried with them.  It was a symbolic place where I, and thus we, can reclaim our too often unimagined power to change ourselves and thus in the process the world entire.  As I recognized in that dream that I was at once both the observer and the observed players in the dream, that in fact our own power was only limited by our ability to recognize that we are both things at once, I realized that we were in fact coming together now, in the dream, in this life, just for that very task.

For many years, that dream stuck with me.  It colored my experiences.  I thought I was alone with my thoughts, with my perceptions, my hopes. As I grew, I feared to speak what I in my gut knew.  It was too crazy, too bold, to think that all that we worship and fear without was actually within each of us to be loved, embraced and forgiven all along.

This book, “I Am The Word”, has taken what I once feared to verbalize and have since questioned and then rediscovered slowly over the last few years and condensed it all into one, easily consumable digest that absolutely flows with truth and power in a way I simply cannot describe.

No matter where you are on your personal journey, this book will open doors of possibility for you that you may or may not have known existed previously.

Just like I found this book on a dusty shelf by sheer synchronicity, I believe this work will find it’s way to those in need of discovering it, maybe even to you reading this right now.

I Am The Word. So are you. Get “I Am The Word” by Paul Selig by clicking here and find that out for yourself.

I wrote that review above for Paul Selig’s “I Am The Word” back in January, nearly a year ago.  The next day someone commented on the review and suggested I check out Paul’s Facebook page, where I discovered we had a mutual friend he had gone to college with years before on the East Coast and with whom I’d worked with recently and gotten to know well in L.A.

That started off my unlikely conversation with Paul Selig,  respected playwright, professor of dramatic writing at NYU’s Tisch University, author of best selling channeled material, star of the new show The UnExplained on Biography channel, caretaker of a flop eared dog named Darla and generally all around good guy.  In Paul, I found someone who had reminded me of that early defining dream, of the magic and wonder we surpress and choose to forget so often.

His work inspired me to take a leap.  I determined to do what I had been mulling for awhile… a new t.v. show.  So I invited him out to Los Angeles for an interview and something totally different for me.  A brand new experiment… a television version of my newborn blog Waking Universe.

To my great surprise, Paul graciously took me up on the offer and the result is the video above.

With his flop eared faithful companion Darla in a bag at his side, I picked Paul up at his hotel and had the rare priviledge to spend the next hour or so in the car chatting up one of my newly most favorite authors.  For me it was like having Mark Twain or John Steinbeck or even Edgar Cayce held captive for an afternoon.  And yet, off camera, passing the time in L.A. traffic, I was struck most by the normalcy of the man, by his unassuming, quiet nature, his overwhelming sense that he considered himself more of a student of his own channelled work rather than a master of it, and in a sense, by his own reckoning, at times not even a very good student at that.

It was a reminder to me that we are never done being students.  There is no such thing as graduation day, where you can simply close the book and say, “I’m done.  I’ve got it wired.  I know the answers now.” even when the book you’re reading is good enough to ponder just that.

Yet, where would the fun be in such definite endings?

Luckily, that isn’t the case here.  Paul has since written a second book, titled “The Book of Love and Creation”, which actually surpasses the depth and complexity of his first.  Evita Ochel over at the always uplifting Evolving Beings site has written a powerful review and summation of this newly released book you can get by clicking HERE.

You can find a schedule of appearances, more videos, and a blog by Paul Selig at his website by clicking here.

That’s all for now.  Stay tuned for an upcoming blog post and show about my adventures with Darryl Anka and Bashar.  I’ve got a backlog of episodes that I need to write about and I plan to get them all out soon.

Another Version of You.

I Am the Word

The Book of Love and Creation