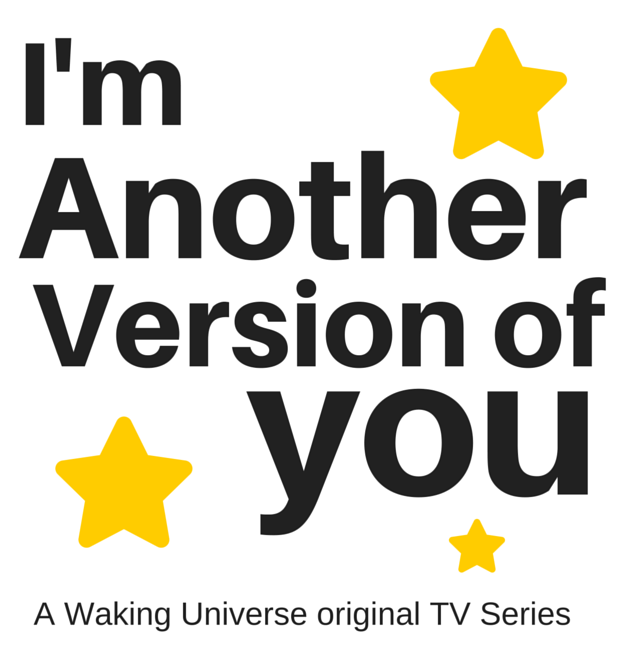 Bashar is Arabic for “messenger of good news.”
Darryl Anka didn’t know that, the first time he heard that name in his head.  Yet, as one of the most prolific channelers in modern times, with nearly 30 years of documented channellings under his belt that challenge our ideas of our own human frailty and the very nature of the universe, he continues to prove just how appropriate a name Bashar is.

What if I told you that every moment, actually billions of times each moment, you were shifting realities?

Like a strip of film, your life is going by as a series of individual frames, passing so fast they create the illusion of motion.
And with each new frame the opportunity exists, for a scene change.
The YOU of a moment ago, with that set of experiences, no longer exists, replaced now with another version of you that fits your perception of what you prefer to be.

That’s, in a nutshell, what Bashar has been trying to tell us for somewhere in the neighborhood of  almost 30 years now.    You’re the only one in the room.  In fact, you created the room in the first place.  The world doesn’t shift you, you shift it all around you.
Get it?  Do you understand?
Right now, at this moment, is the end of the old world.  The old world is gone.  A new world is beginning and inviting you to make a choice.  What will you choose?
Alright… so you know that feeling you get, when the hairs on the back of your neck stand up and you just know somebody is on to something?  Moments like that transcend the why, the how, and the wherefore.   Where the intel comes from matters less than what it can create if you use it.  Moments like that, people like that, give you that “aha” moment when things begin to click in a way that they simply didn’t before.  It is the hallmark of mastery and the purpose of human nature, to grow, to learn, the become more… you.
I put Darryl Anka and Bashar both into that rare category of mastery, and both for different reasons.

What if I told you that you can shift to the reality you prefer at any time simply by shifting your perception?  You can!

I stumbled across Bashar first, when a friend sent me a video with sound clips from Bashar, which I did a blog post on called “Shift” last year and that you can find HERE.  It was the first I’d heard of Bashar and that one little homemade video, maybe 3 minutes in length, resonated with me deeply.  I played it several times and I referred back to it several times beyond that.  It just clicked.  It took what I’d known intuitively and distilled it in a way that was more digestible.  For my money, that’s what Darryl and Bashar do so well.  They make the woo woo into simple hard physics.
So imagine my surprise when I found out that Darryl Anka, the man behind Bashar, would be at Conscious Life Expo this last February, where I happened to be doing some coverage for my emerging TV show of Waking Universe.  Despite almost missing the whole Bashar event, if not for a kind hearted usher who recognized me from an earlier event and let me in despite the capacity crowd, I could feel the energy in the room that day.  It was palpable.  There were several times the audience shared a collective “aha” that made several in the room smile, myself included.
I stuck around and waited to get a soundbite from Darryl to go with the channelled footage I shot.  It had been announced there was another room we were supposed to go to for a post session press meet and greet, and due to my tardy entry, I didn’t quite hear where it was at.  As everyone else decided to ajourn to that mysterious room, I decided to wait until Darryl actually left as well, as no doubt he’d know where he was going, right?
Wrong.
He was just as unsure where to go as I was and we spent the next half hour or so lost, walking around the conference looking for the press room, talking, getting to know each other a bit.  It was, as Bashar would say, synchronicity at it’s finest.
I was surprised to learn that Darryl was a filmmaker.  We share a mutual love of the craft of filmmaking.  Darryl had just recently written and directed a heartfelt feature film called “Dearly Departed”, a “documentary” about the afterlife which is a must for anyone dealing with the loss of a loved one.  I invited him out to the television studio where we film Waking Universe TV, and he graciously agreed to come for an interview.

What if I said that by finding your own sense of purpose, your passion, your own authentic self and then taking some action to become that self more fully, you change not only your future, but your past and the entire world you choose to inhabit as well?

Several months after our first meeting, and the interview featured above, Darryl’s “Dearly Departed” and one of my shorts were both accepted to the Action on Film Festival in L.A.  My short film played ahead of his feature.  When I asked him about how he became a filmmaker, Darryl replied, “I’m doing what Bashar suggests, I’m following my passion.”
That statement struck me.   You’d think that being a respected channeler would be a career unto itself.  Yet, as I got to know Darryl, I realized that he so perfectly manages to balance the esoteric with his daily work as a filmmaker, that Bashar fades to the background as inspiration for Darryl’s more earthly creative pursuits.
What also struck me was Darryl’s quite sane and simple take on his many years with Bashar.  It’s just another aspect of who he is and something that frankly, according to him, anyone can do.
There’s no expectations, fanfare, or great expository speeches about the nature of the universe given over lunch, yet Darryl can be every bit as profound as Bashar in a way that is grounded where Bashar is out of this world, and that, is perhaps the reason they make such a great team.  Darryl quietly makes the unexplainable matter of fact, almost ordinary really, while Bashar brings wonder even to the routine.
Is this some coherently schizophrenic genius or an advance greeting from a culture beyond our own planet?  Who cares, it’s badass either way and just might alter your world if you let it.
Darryl says he believes Bashar is an E.T. and yet he has no way to prove it and can’t discount that all his interactions as Bashar may just be his subconscious at work.  At the least Darryl’s conveying information that actually helps people deal practically with their lives and at best, Darryl’s communion with Bashar opens up a wide, wonderful universe that demonstrates we are part of a family much larger than can normally gather for Sunday brunch at Acapulcos.
Yet Darryl doesn’t waste time analyzing what he does as Bashar.  He always seems at ease with himself because he walks the walk he talks, preferring to go with the flow.  His easy confidence in his actions, which he himself credits as having rubbed off from his interactions with Bashar, really have stayed with me and I’m sure many others too.
And again in Bashar’s own words, it doesn’t matter what you think, if you’re following your passion.  What you choose to be true, is true to you, and that is all that counts.  It’s the reality you make.
Bottom line, Darryl is a soft spoken, thoughtful individual who is as passionate about his writing and other filmmaking endeavors as he is about his work as Bashar.   Both things are about conveying stories about who we are.  He balances the material and the esoteric with the skill of a storyteller who’s been doing it a long time.
I’m grateful to have had the opportunity to get to know him a bit and I am anxious to see what he will bring to the world next, be it in the form of Bashar, a bold new film, or whatever else he chooses to create.